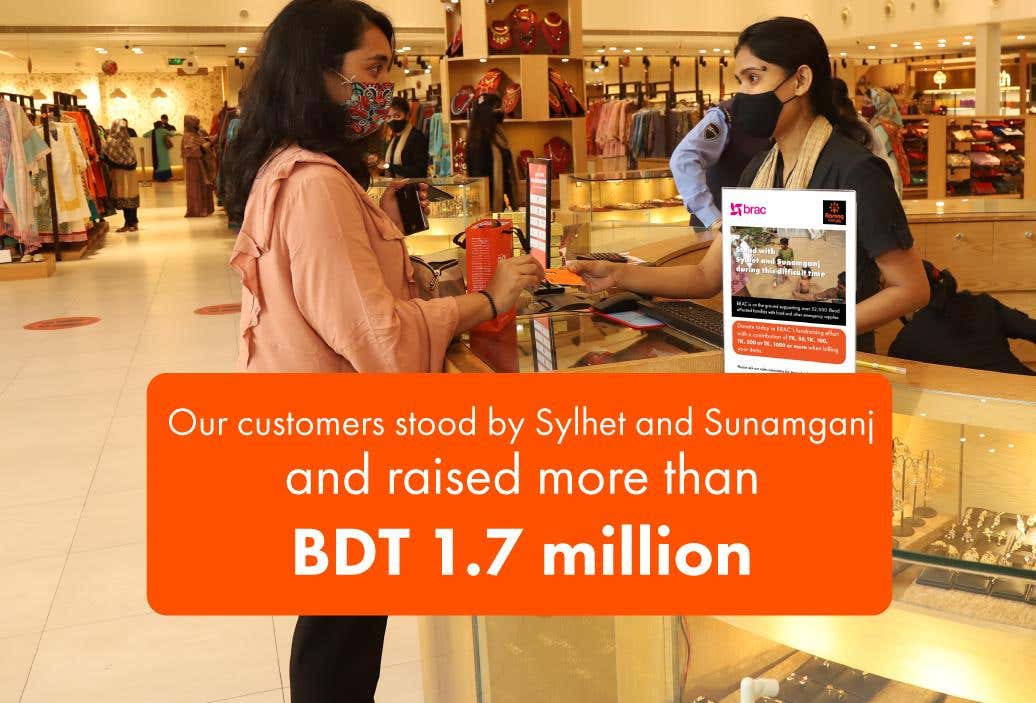 Aarong Stands Besides Sylhet and Sunamganj

As the northeastern region of Bangladesh grappled with one of the worst floods in many years, Aarong joined BRAC’s fundraising effort and conducted a fundraising campaign at all Aarong outlets nationwide. Customers donated when billing their items and raised more than BDT 1.7 million to support families in need with emergency food, drinking water and hygiene facilities through BRAC.

Since the flood situation grimly affected in the country, BRAC has been actively engaged with local administration to conduct an emergency response. BRAC has already distributed emergency flood relief of BDT 3 crore allocated from its own funds to 59,000 families. From 30th June, BRAC further initiated the distribution of cash assistance of BDT 7.50 crore to another 50,000 flood affected families. Under this initiative, each family has received BDT 1,500. The relief operations have been carried out in severely flood affected 12 upazilas of Sylhet and Sunamganj.

Priority has been given to women-led households, and those with elderly, pregnant and lactating women and people with physical and mental disabilities. Also, animal feed has been distributed among the affected ultra-poor families in the flood-hit areas. Every family received 40kg of animal feed. Even after the floodwaters recede, BRAC will continue support with necessary healthcare services, housing repairs, and restoring their lives and livelihoods.